Born in Lyon in 1957, Gilles Pelisson is a French business leader and entrepreneur, and a graduate of ESSEC and Harvard business schools.
A director of the TF1 group since 2009, Gilles Pelisson held various posts at the Accor hotels group between 1983 and 1994.
In 1995, Gilles Pelisson became Chief Executive Officer of EuroDisney, and was then appointed Chairman & CEO in 1997.
In 2000, he headed up the management team at the Suez-Telefonica consortium ST3G, and became non-executive Chairman at Noos, France’s leading cable network.
Gilles Pelisson joined Bouygues Telecom in September 2001 as Chief Executive Officer. He was appointed Chairman & CEO of Bouygues Telecom in February 2004. He also sat on the Board of Directors of satellite broadcaster TPS as shareholder representative on behalf of TF1.
In January 2006, he became Chief Executive Officer and a Board member of the Accor group before being appointed Chairman and CEO in February 2009, a position he held until January 2011.
Until his appointment to head up the TF1 Group on 19 February 2016, Gilles Pelisson held non-executive directorships in a number of listed multinationals: Bic (Paris), NH Hotels (Madrid) and Accenture (New York). He was a member of the Global Senior Advisory Board of Jefferies, the New York investment banking firm.
Gilles Pelisson currently served as Chairman & CEO of the TF1 group until 27th October 2022 and has been appointed President of the Board of Directors to this date.
He also holds a number of other positions, including non-executive director  of Accenture (New York) and non-executive director of the Institut Paul Bocuse.
Gilles Pelisson is a Knight of the Légion d’honneur and of the French National Order of Merit. 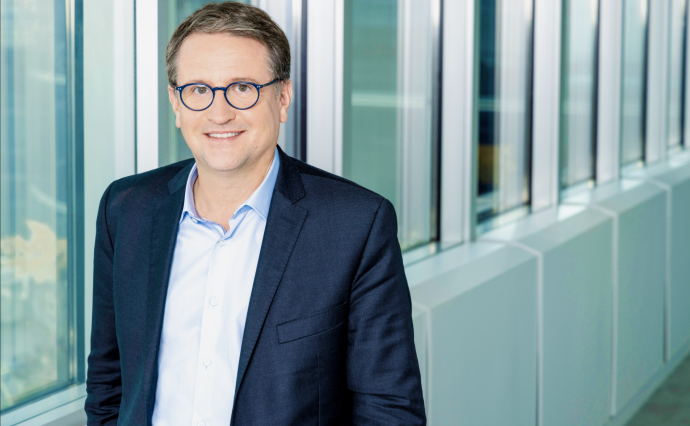 Born in 1969 in Rennes, Rodolphe Belmer is a French businessman and entrepreneur. He studied at the Prytanée National Militaire before graduating from HEC with a specialization in entrepreneurship. He began his career in 1993 as Brand Manager at Procter & Gamble and then at McKinsey & Company from 1998 to 2001. This position led him to analyze and write numerous reports on the situation of the audiovisual in France.

Between 2001 and 2015, Rodolphe Belmer built his career within the Canal+ Group, being appointed as Chief Executive Officer in 2003, before serving as Group Chief Executive Officer from 2012 to 2015. Over those 14 years, he relaunched the group's free offer, put on air programs such as "Le Petit Journal" by Yann Barthès and « creations originales » like Le Bureau des Légendes, Engrenages, Les Revenants...

In 2016 he joined the satellite operator Eutelsat Communications as Managing Director. He then became CEO of Atos, the European leader in cloud, cybersecurity and supercomputers in 2022.

In addition to these activities, Rodolphe Belmer is president of the foundation created by SACD - Auteurs Solidaires - since 2018. This fondation aims to engage in cultural actions to improve social ties and integration for all. Since 2019, he has chaired the Séries Mania festival, which annually welcomes more than 3,000 professionals from the global serial industry and an average of 72,000 spectators. He was also a board member of Netflix from 2018 until October 27, 2022, when he took over as CEO of the TF1 Group. 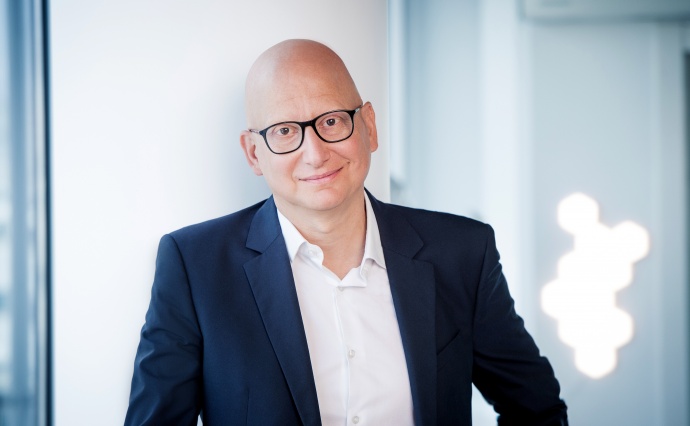 Born in 1966, Ara Aprikian is a graduate of ENSAE (the French National School of Statistics and Business Administration) and of the Politics, Economics and Social Sciences faculty at the Paris Institute of Political Studies (“Sciences Po”).
He began his career in 1990 as a research officer at Horizon Média, a media buying agency. He moved to Médiamétrie in 1993, where he continued to work in research.
It was in 1995 that Ara Aprikian joined the TF1 Group in the Marketing department, initially as a research officer before being promoted in 1998 to Deputy Director of Marketing and Programme Planning. Three years later he took over responsibility for Gameshows and Reality TV, before becoming Director of Gameshows, Variety and Entertainment in 2003.
In 2005, he moved to the pay-TV group Canal+, where he headed up the Entertainment unit before launching the Group’s D8 and D17 freeview channels in October 2012. He then became Executive Vice President of the Canal+ group with responsibility for freeview operations (D8, D17 and itélé), and Chairman of D8 and D17.
In September 2015, he founded Massoco, an audiovisual strategy consultancy. In October 2015, the TF1 Group commissioned Ara Aprikian to carry out a consultancy assignment on the editorial positioning of the Group’s free-to-air channels.
In February 2016, Ara Aprikian was appointed Executive Vice President, Content. He is responsible for all television programmes, acquisitions, production and broadcasting. The objective: to encourage the creation of new content, and to promote the distribution of that content on the Group’s TV channels, and across the MYTF1 platform and all digital media.
In September 2019, Ara Aprikian took over responsibility for the newly-formed Music and Live Shows business unit; in addition, the subsidiary TF1 Films Production now reports directly to him.

Born in 1976, Claire Basini is an ESSEC graduate. After 2 years as a strategy consultant at Braxton Associates, she decided to spend a few years developing her theatre company before joining L’Oréal, where for 8 years she was in charge of marketing for Dessange and Elsève brands which were facing strong challenges of modernization and internationalization.

In 2010, she joined the Canal+ group as Head of Canalsat, in 2014 she became Head of Theme Channels and then in 2016 she became the group’s Head of Digital.

In 2019, she became CEO of Seasonly, a digital cosmetic brand co-founded with Fany Péchiodat, creator of MyLittleParis.

In 2020, Claire became Deputy CEO of Brut in charge of new businesses, such as the launch of the BrutX streaming platform. Born in 1975, Julie Burguburu is a graduate of the Ecole Nationale d'Administration and Sciences Po Paris. She also holds a DEA in general private law (Paris I Panthéon-Assas) and a Master's degree in international relations and international economics from the Nitze School of Advanced International Studies (SAIS, Johns Hopkins University, Washington DC).

Julie Burguburu has also held several management positions within the French administration. From 2014 to 2016, she was deputy chief of staff to the President of the Assemblée Nationale Claude Bartolone, and then from 2016 to 2017, to Bernard Cazeneuve, successively Home Office and then Prime Minister. In March 2019, she was appointed General Counsel of Eutelsat, where she is responsible for all governance, compliance, group legal management as well as institutional and international affairs.

Chevalière de l’ordre national du mérite, Julie Burguburu is also a former auditor of the Institut des Hautes Etudes de Défense Nationale (IHEDN/71st Poldef session) and sits on the board of directors of several associations including the Musée des Arts Décoratifs (MAD Paris). She sits on the board of the French Competition Authority's. She is also a colonel in the French Air Force and Space Reserve - member of the ADER network. Born in 1971 and a graduate of ESCP business school, Maylis Çarçabal began her career in 1995 in the Consulting department at Carat.
She then joined the Voyage TV channel, where she was part of the founding team in 1996 before taking on responsibilities in editorial and digital.
After a further spell at Carat between 2001 and 2003, Maylis Çarçabal moved to the TMC channel – which at the time belonged to the Pathé group – as Head of Communication and Marketing, playing a role in the channel’s relaunch on free-to-air digital terrestrial TV. After the TF1 Group took a majority stake in TMC, she remained in that role until 2009, when she joined the TF1 Communication department, as Assistant Head of Programme Promotion.
Her role was subsequently extended to take in communication for the Group’s DTT channels, Innovation & Digital, and News. She was appointed Vice President Communication and Brands on 12 March 2018.

Born in 1957, Philippe Denery is a graduate of the Paris Institute of Political Studies (“Sciences Po”) and ESSEC business school. He also holds a Masters in private international law, and an MBA from UCLA.
Philippe Denery begin his career at the French Development Agency, working in management control and audit.
In 1988, he became Chief Financial Officer of the airline Air Afrique.
He joined the Bouygues group in 1990 as head of financial engineering in the construction branch.
In January 1999 he was appointed Corporate Secretary of Saur International, and in 2002 returned to Bouygues Construction as Director of Mergers and Acquisitions.
He then served as Director of Management Control and Planning at Bouygues Telecom until July 2007, when he joined the TF1 Group to take up the post of Executive Vice President, Group Finance.
In February 2016, Philippe Denery was appointed Executive Vice President, Finance and Procurement. He is responsible for all financial management and accounting activities, audit and internal control, treasury, financial communication, and the procurement function. A 48-year-old father of two, Thomas Jacques graduated from the Ecole Centrale de Paris and began his career as a management consultant initially with Arthur Andersen and then BCG, before joining the TF1 group in 2003.

From 2003 to 2011 he held a succession of posts: Project Manager in the Finance department, Head of Innovation, Head of Operations at e-TF1, and finally Head of Strategy.

In 2012, Thomas joined Google’s ad tech business, where he ran Google AdExchange in Europe until he returned to the TF1 group in 2018 as Head of Technologies. He is currently responsible for systems engineering and operations in broadcast and IT, and also for the Group’s data and innovation activities. 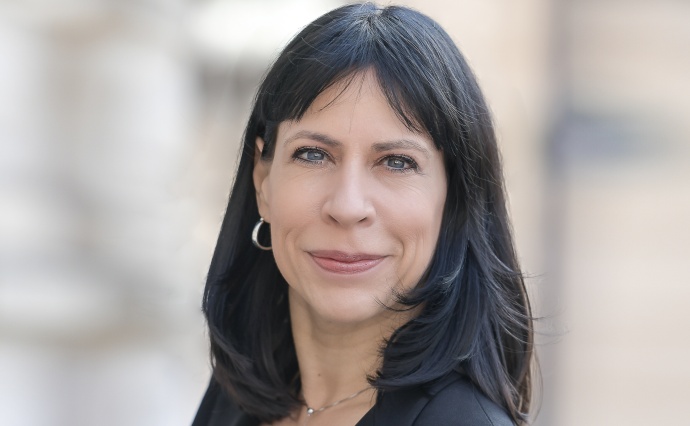 A graduate of ESSEC business school and holder of a Masters Degree in Sociology, Valérie Languille began her career with Sociovision and Gemini Consulting (Capgemini group), working as a consultant on human resources and change management projects within a number of major companies.

In 2002, she joined a Caisse d’Epargne group subsidiary as head of Human Resources, before moving to the group HR function in 2006. There she served in various roles, including Head of Recruitment and Talent Development and subsequently Vice-President for Executive and Management Development at the BPCE group.

As well as her professional work, Valérie is also heavily involved in promoting female leadership. She has previously co-founded a number of initiatives including Financi'elles and Essec Women Alumni, and sits on the Board of Directors of the “Tous Tes Possibles” non-profit organisation. 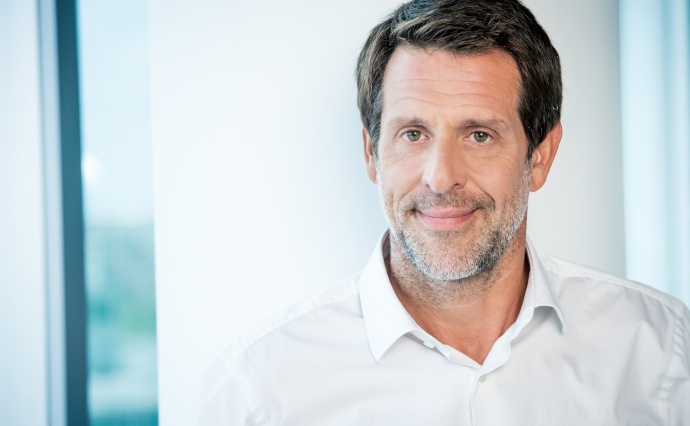 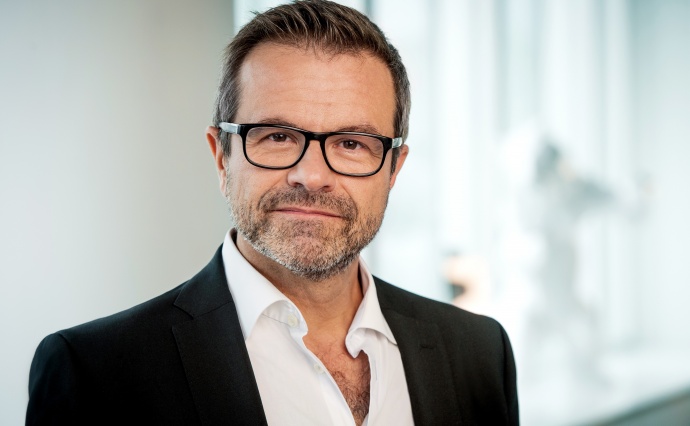 Born in 1963 and a graduate of the Paris Institute of Political Studies, Thierry Thuillier joined TF1’s Foreign Policy Department in 1990, later moving to the Interior Policy Department.
Thierry Thuillier joined France 2 News in 1994, where he was successively in charge of the International Department and the Investigation and Reporting Department, then served as Editor-in-Chief of the nightly 8 o’clock newscast.
Thierry Thuillier then became head of editorial at I>Télé, holding that position from 2008 to 2010 before returning to France Télévisions as News Director, later becoming CEO of France 2. He was the force behind the merger of the editorial staff on France’s public-sector channels, pioneering a fresh approach to news programming.
Thierry Thuillier joined the TF1 Group in August 2016 and was appointed CEO of La Chaîne Info (LCI). Working alongside Catherine Nayl, he initiated LCI’s makeover, improving its programming schedule and digital offer and restructuring the editorial staff.
In 2017, LCI became France’s second most-watched news channel.
Thierry Thuillier was appointed Executive Vice President of News for the TF1 Group in September 2017.